Politics and art have long been connected, sorting out purposes of mutual benefits. The history speaks about how art has supported politics with a platform to express, protest, and satire. Besides empowering politics in this way, art also served as an extraordinary way of Political Propaganda.

From human rights to fight for freedom or equality to a religious awakening, art has helped people understand and convey knowledge on many political issues. It has also been a medium to protest or rebel against a decision wrongly made, or biased rule passed.

But while some serious artists are making the best of artworks to sort put political purposes, there are also a few who find humor in politics and convey it with their art.

In this post, we will talk about Famous political art pieces and their creators: 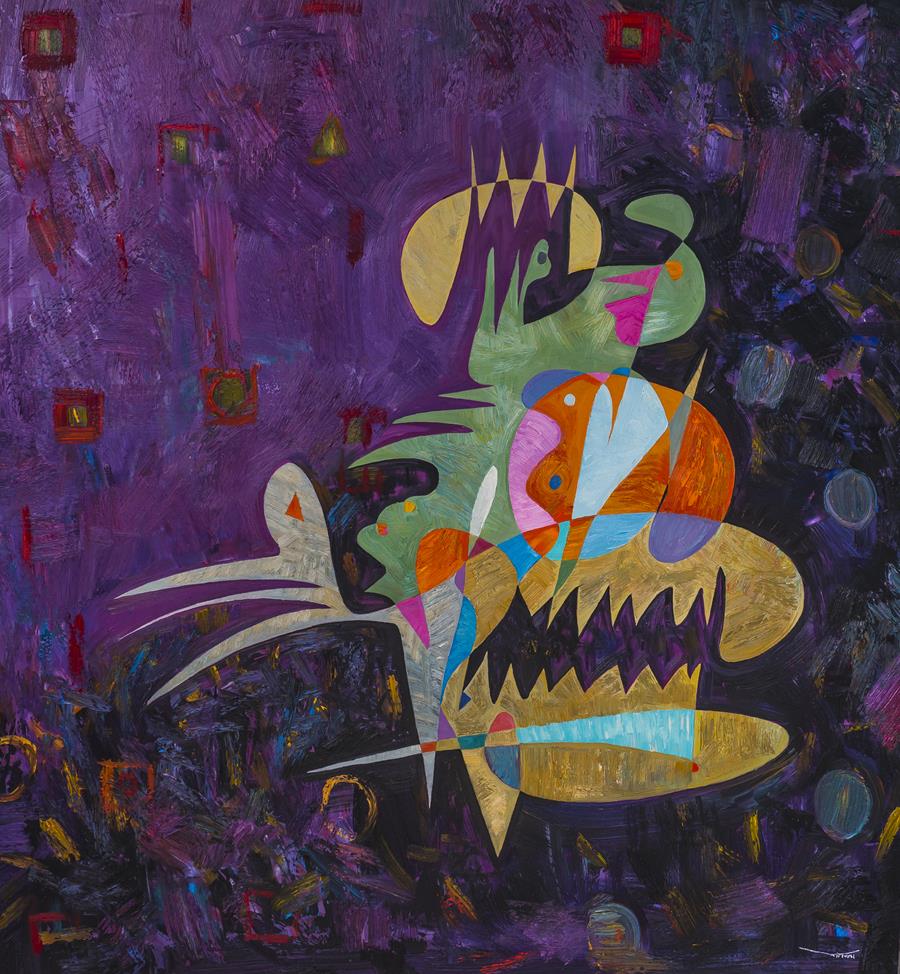 "I’ve made no secret of my critique of the US’s organizational and operational strengths and weaknesses. It is top-heavy, with too many senior officials and unclear chains of authority. It is partially paralyzed by a system of policy formulation that somehow manages to be both timidly cautious and aggressively adversarial." - Gheorghe Virtosu. 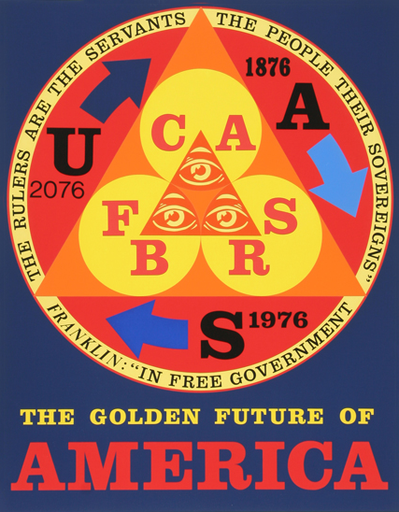 America had its own idea for the Golden Age and Robert Indiana was the one, who gave it a pictorial face. Representing the mocking tone of the creator for America’s future vision, the painting has defined political aura to convey. Robert Indiana also incorporated a phrase with the painting, written by Benjamin Franklin, “In free governments, the rulers are servants and the people their superiors and sovereigns.” This depicts that when you are a country, the power lies with the people of the land and not the rulers. 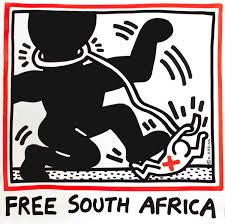 South Africa has long been suffering from apartheid system and through his artwork, Free South Africa, the artwork by Keith Haring features two subjects-one black and one white. The black figure is way bigger and powerful than the white figure, dominating it. It was a time when there were a handful of white people left in South Africa, but still, they repressed the natives. 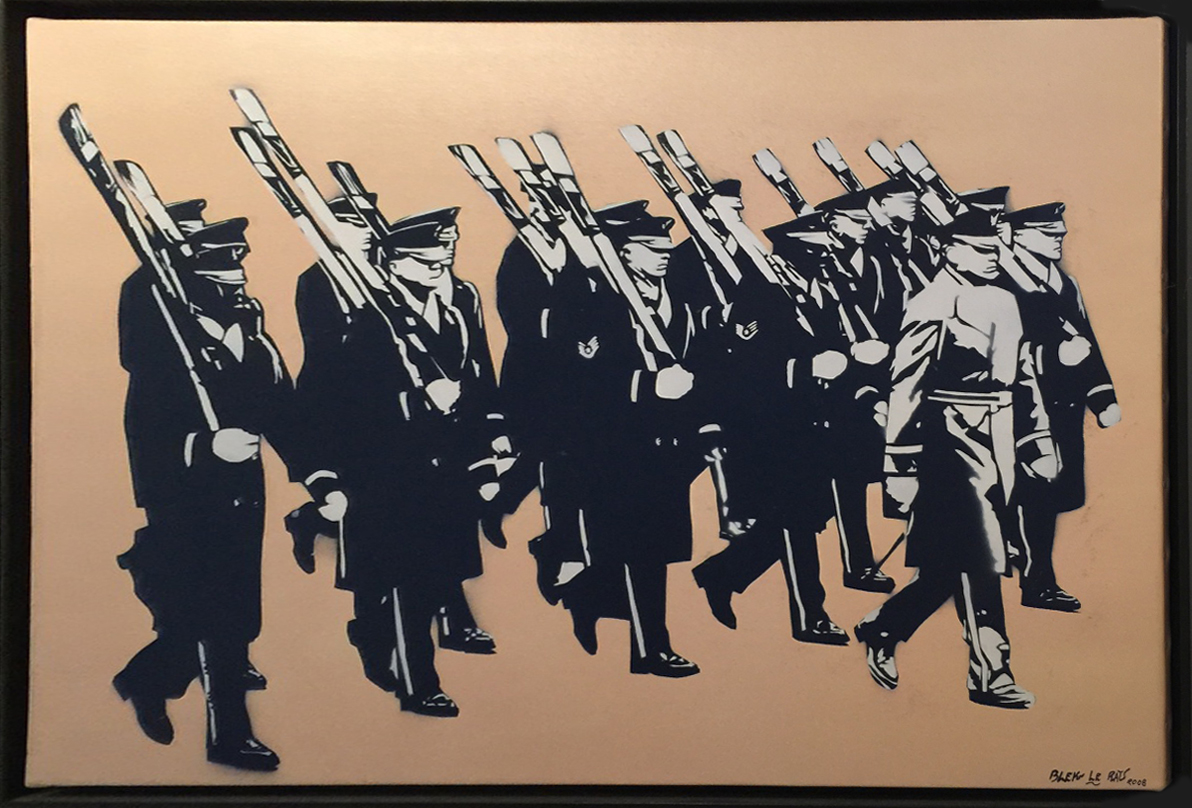 Blek le Rat is one of the most renowned street art legends and is known to paints walls around the globe with high-intelligence political graffiti. He has been around for 30 years now, and in 2008, the artist came up with a meaningful graffiti named The Bombing Squad, wherein, he presented the fear of the locals when they speculate an invasion from Russian Soldiers in France.

Probably Picasso’s most famous work, Guernica is certainly the artist’s most powerful political statement, painted as an immediate reaction to the Nazi’s devastating casual bombing practice on the Basque town of Guernica during the Spanish Civil War. The rampaging bull, a major motif of destruction, whether a bull or Minotaur, is considered Picasso’ ego. However, in this instance, the bull could represent the onslaught of Fascism. Picasso said it meant brutality and darkness, he also stated that the horse represented the people of Guernica.

In 2009, Ai Weiwei created a large installation, made out of 9000 children’s backpacks. Displayed on the facade of the Haus der Kunst in Munich, Germany, each backpack represented a life lost in the earthquake that took place in the Chinese province of Sichuan in 2008. The artist and activist campaigned endlessly to bring justice to the victims of the earthquake in Sichuan that crushed so many children in the shoddily constructed “tofu skin” schools, Ai Weiwei created the installation it spelled, “She lived happily for seven years in this world,” and it was devastating both emotionally – and politically.

With a career spanning almost 50 years, Peter Kennard is one of Britain’s most important political artists and possibly its leading practitioner of photomontage. The artist’s adoption of the medium in the late 1960s restored an association with radical politics and drew inspiration from the anti-Nazi montages of John Heartfield in the 1930s. The Iraq war in 2003 prompted Kennard to reconnect with the process of photomontage. A collaboration with Cat Phillipps used digital technology to create one of the archetypal images of the conflict. Photo Op, picturing a grinning Tony Blair posing for a selfie in front of burning oil wells in an arid landscape and became a visual shorthand for Blair’s controversial Iraq policy. 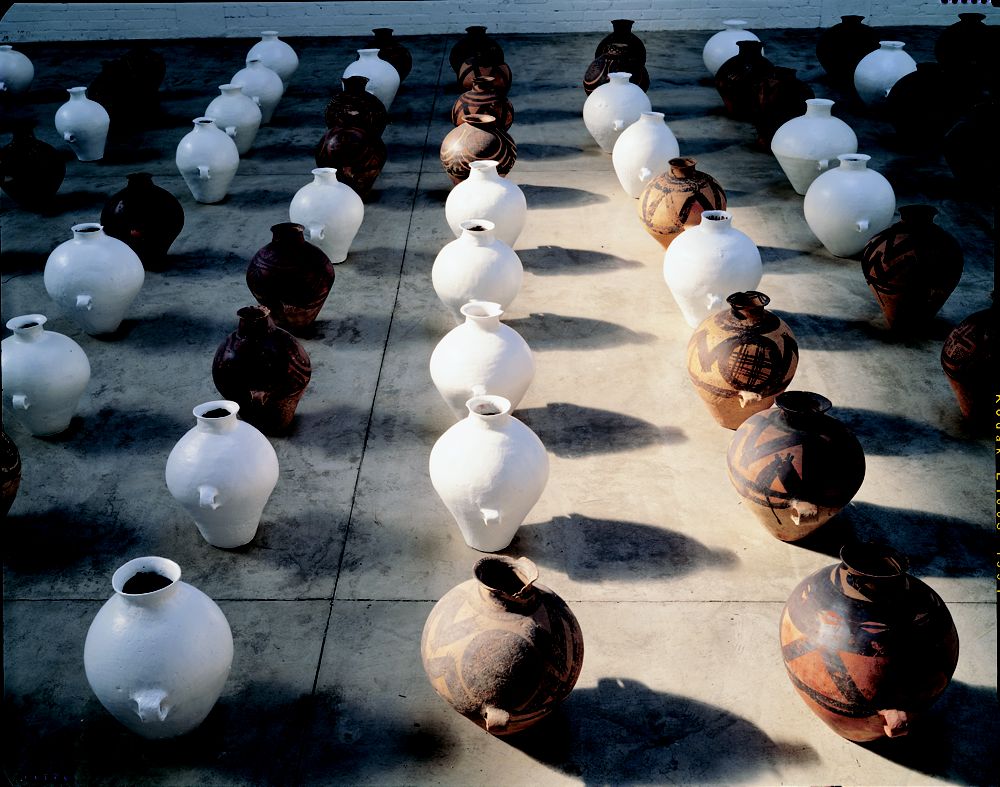 In this installation, 122 large white and earth-tone jars are arranged in rows on the ground. Each jar has a narrow circular neck and opening, a nearly spherical body, and two small handles on the sides. The earth-tone jars feature dark brown symmetrical decorative patterns, which are formed by thick lines and shapes. These earthenware storage jars date to the Chinese Neolithic period. White paint was used to thoroughly coat about one-quarter of the jars, removing the distinctive color and marks of the clay and mineral pigments, giving a sense of newness. In the 1990s, Ai Weiwei began using Chinese historical artifacts in his work. He dropped a Han-dynasty urn so that it would break into pieces, dipped vessels into colored paint, and applied the Coca-Cola logo to vases. By displaying, adapting, and destroying historical artifacts, Ai reinstates, transforms, and also questions the value placed on objects, in a criticism of both politics and tradition. Ai’s wide range of work encompasses architecture, writing, installation, and film. 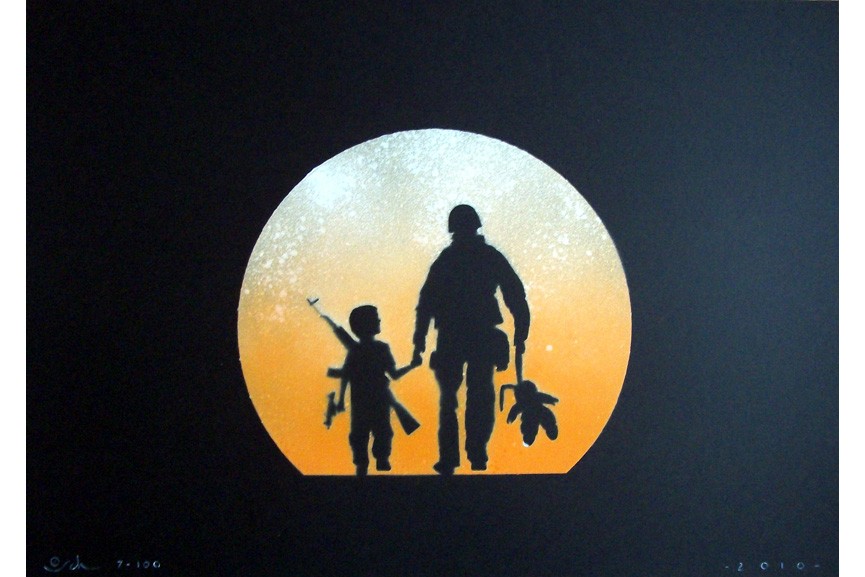 Numerous streets of London have meaningful sundown created by Otto Schade, a Chilean artist. With vividness and meanings inside, each masterpiece of these artists has a different story to narrate. With a depiction of a carefree child with a soldier, it indicates how life is full of joy, no matter who you are, what you do.

These are the famous artists and their famous artworks that made a buzz in history and have the same value today as well. Politics is a tight niche and being able to communicate or comment on it through art is undoubtedly a talent that god-gifted people are blessed with.

10 Famous Political Art Pieces That Made a Buzz in History